PreSonus is a name that should by now be familiar to just about everyone who works in pro audio. Currently celebrating their 24th year in business, this Louisiana-based company has released a wide range of products over the last quarter century - everything from mic preamps and outboard processors to computer audio interfaces, nearfield monitors, and even their own Studio One DAW. While I’ve owned a few of their products over the years, the one thing I had limited previous experience with was their line of StudioLive mixing consoles, so when I was offered an opportunity to borrow and test out one of the latest third-generation boards, I jumped at the chance. And I’m really glad I did, because this is a really cool system. 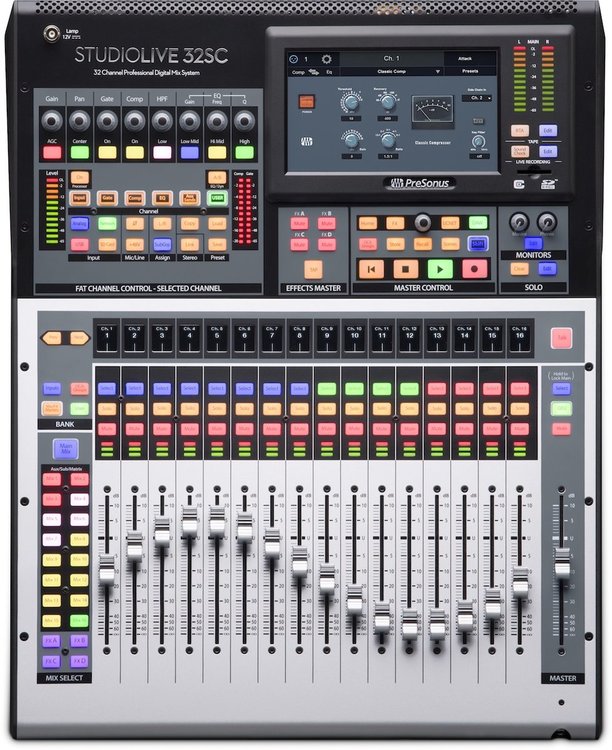 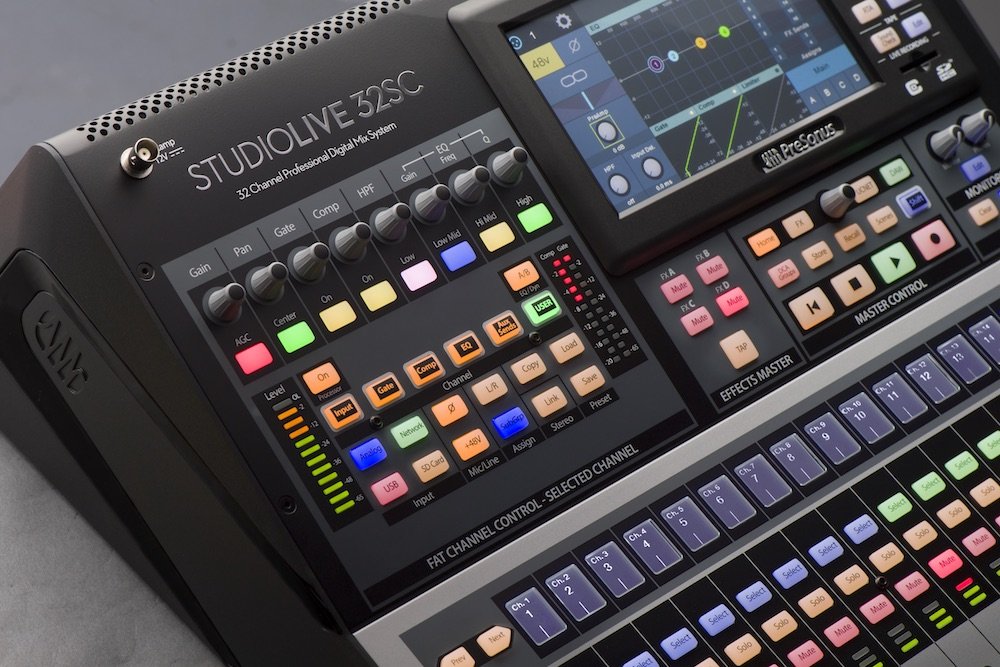 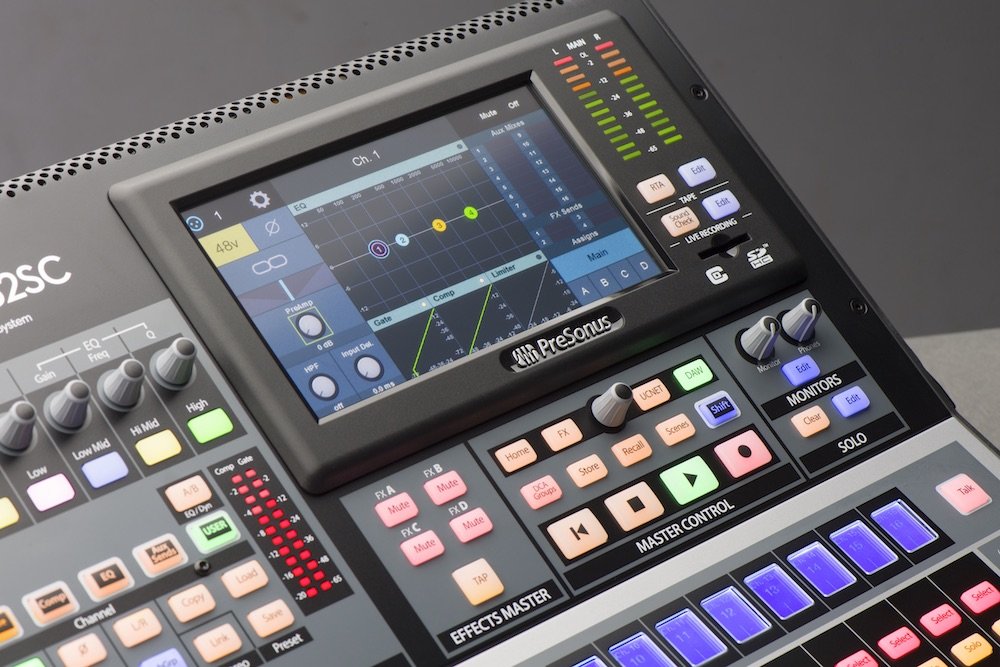 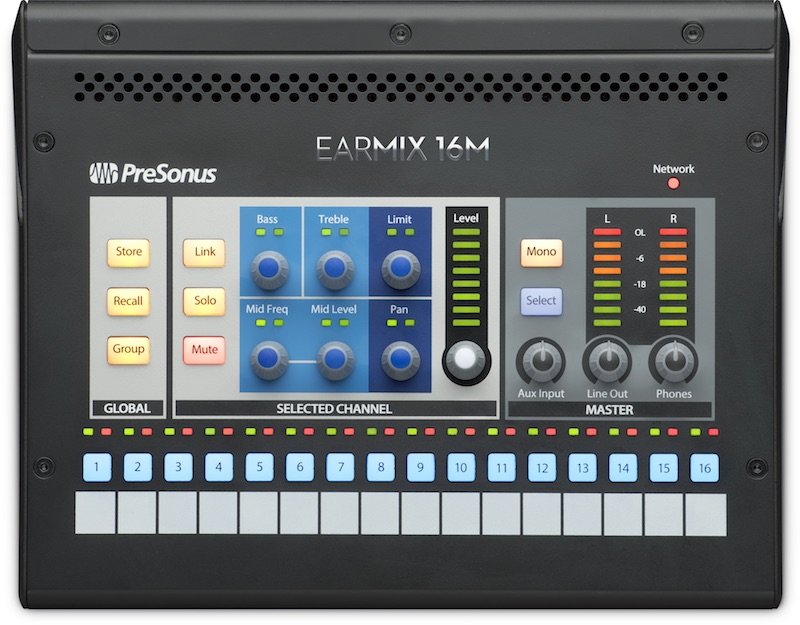 I know this is a long review, but it could have easily been twice as long - I have only hit on some of the things that this board can do. For more details on how various aspects of the board operate, be sure to check out the multiple videos from PreSonus that are listed in the Resources section below.

Having spent a few months with it now, I have to say that I am really impressed with the thought that went into the design of the PreSonus StudioLive Series III 32SC Digital Mixer. It sounds excellent - nice and clean, and while high sample rates aren’t supported, many users won’t miss that. Equally at home in a modern recording studio or on the road handling FOH and monitors for your live show, it offers a high degree of flexibility along with surprising ease of use. The USB interface, Logic MCU and Pro Tools HUI control emulation capabilities, and advanced integration with PreSonus’s own Studio One make it a great partner and control surface for your favorite DAW too. It’s packed with great sounding processors - and you have them available on every channel without having to decide which ones you want to use them on, plus you also get four stereo effects processors for reverbs and delays too. Having the ability to choose different processor types for compression and EQ on each channel provides you with lots of sonic options and there is an impressive number of processors available for your mixes - this is great for live use, but it can also take some of the load off your host DAW computer’s CPU when you’re in the studio too.

The AVB network is a terrific feature, allowing the board to expand with the user’s growing needs simply by adding a NSB 16.8 or a couple of NSB 8.8 stage boxes to it, or even by networking multiple consoles. Being able to let the talent dial up their own on-stage monitor mixes (or studio cue mixes) using the EarMix 16M is a real time saver that will also make them happier - and that’s always a good thing. With tons of auxes via the FlexMixes, you’re not likely to run out of options here either. With an EarMix 16M for each band member, you won’t have to deal with disagreements over the cue mix - everyone can have their own individual monitor mix, and dial it up to suit their preferences. Since the networked devices interconnect with commonly-available Cat6 cable, wiring is simplified too.

I honestly had my doubts going into this review that one board could work so well for both live and studio purposes, but I readily admit I was wrong. This really is a board that has the flexibility needed to handle both live performances as well as studio recordings. PreSonus has created a powerhouse system that you can configure to meet all of your mixing needs, no matter where you’re working.   -HC-

Want to discuss the PreSonus StudioLive 32SC Series III Digital Mixer or have questions or comments about this review? Then head over to this thread in the Studio Trenches forum right here on Harmony Central and join the discussion!

You can purchase the StudioLive 32SC Series III digital mixer from:

You can purchase the PreSonus NSB 16.8 stage box from:

You can purchase the PreSonus EarMix 16M from:

You can purchase the PreSonus SW5E 5-port AVB Switch from:

Setting up a matrix mix

Phil O'Keefe   is a multi-instrumentalist, recording engineer / producer and the Senior Editor of Harmony Central. He has engineered, produced and performed on countless recording sessions in a diverse range of styles, with artists such as Alien Ant Farm, Jules Day, Voodoo Glow Skulls, John McGill, Michael Knott and Alexa's Wish. He is a former featured monthly columnist for EQ magazine, and his articles and product reviews have also appeared in Keyboard, Electronic Musician and Guitar Player magazines.