I soAcoustics has been making speaker stands in a variety of styles for several years, and they’ve been very popular with home studio and hi-fi enthusiasts, as well as in professional studios. But why do you need something under your monitor speakers to begin with? In a word - vibration. Engineers have known for quite some time about the importance of isolation and mechanically decoupling your speakers from the surface they’re sitting on, and the benefits that you get by doing so - increased accuracy in the low and low-mid frequencies, as well as improved stereo imaging being two of the biggest ones. Isolation can also be a concern for other things besides just studio monitors, and mechanical decoupling can provide benefits with other items that are commonly found in the typical studio, and even in live rigs. And that’s where IsoAcoustics’ latest product - the ISO-PUCK mini comes in… 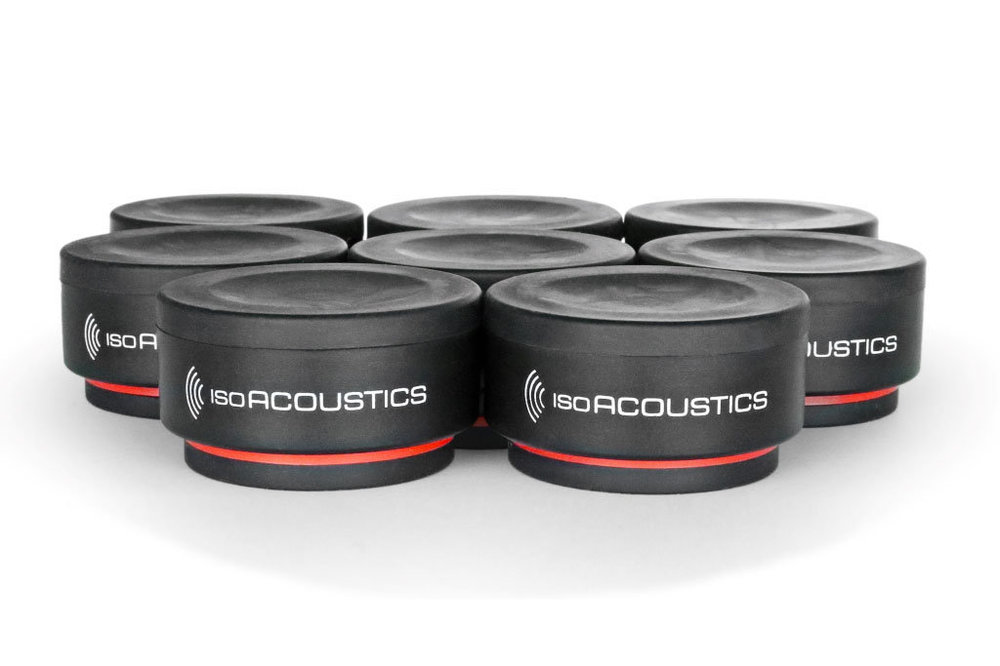 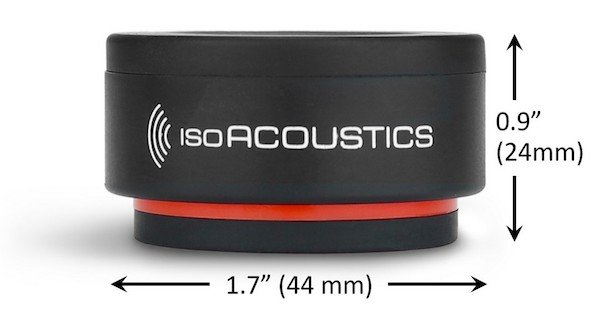 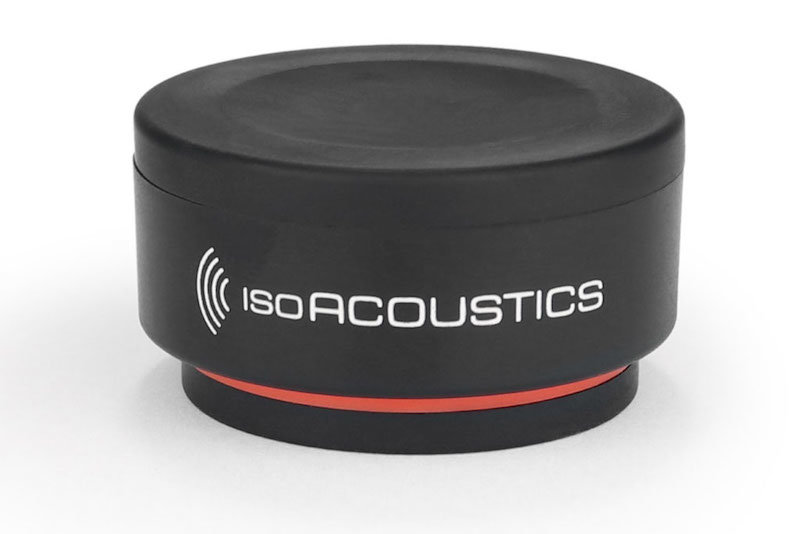 The ISO-PUCK minis do what IsoAcoustics claim they do - they provide effective decoupling, and when used with suitably sized studio monitors, they can make a significant and easily audible improvement in overall sound quality. Anything that’s this affordable that can make such a noticeable improvement to your monitoring accuracy is definitely worth checking out. They're still not cheap, especially compared to foam speaker stands, but they're less expensive than the larger ISO-PUCK model, and less expensive than some of the IsoAcoustic ISO-Stands and Aperta series stands, and far more effective than foam products.

Speaking of the ISO-Stands and Aperta series stands, they do have the advantage of being able to place the monitors in a tilted position, which is a significant limitation of the ISO-PUCK line, although the ISO-PUCK series can be freely configured for width, and they give you the option to add more pucks beneath larger and heavier items. Still, the ISO-PUCK mini will no doubt find plenty of enthusiastic users. They really do isolate well, as long as you give consideration to the weight limitations and don't overload their rated capacity. Most users will notice a significant improvement vs. setting their monitors directly on their desktops or console meter bridges.

While they lack the tilt capability of some of IsoAcoustics’ other products, they have the advantage of being able to be used with many things that their ISO-Stand and Aperta-series stands really aren’t optimized for, such as mic stands, turntables and so forth, making them more versatile and useful in situations where the IsoAcoustics stands are less suitable. All in all they’re effective and simple to use, and will make a serious sonic improvement to your studio, regardless of which nearfield monitors you use.   -HC-

Want to discuss the IsoAcoustics ISO-PUCK mini or have questions or comments about this review? Then head over to this thread in the Studio Trenches forum right here on Harmony Central and join the discussion!

You can purchase the IsoAcoustics ISO-PUCK mini from: