CEntrance was founded in 2000, and while they may not be a familiar brand name to some readers, in addition to developing their own products, they have also co-developed products with more well-known companies such as Lavry, Waves, Benchmark, and Mackie; when they decided to take on the challenges of making a truly mobile recording interface, they had plenty of know-how and experience to work from. And let's face it - mobile recording interfaces are a challenge. Weight and size are always issues, and so is durability. Power requirements are also a concern - you won't want something that drains the battery in your laptop or tablet, nor do you want to be tethered to an AC power outlet. CEntrance feel they've come up with a product that more than meets those challenges - the MixerFace R4 Mobile Recording Interface. Let's see how well it performs. 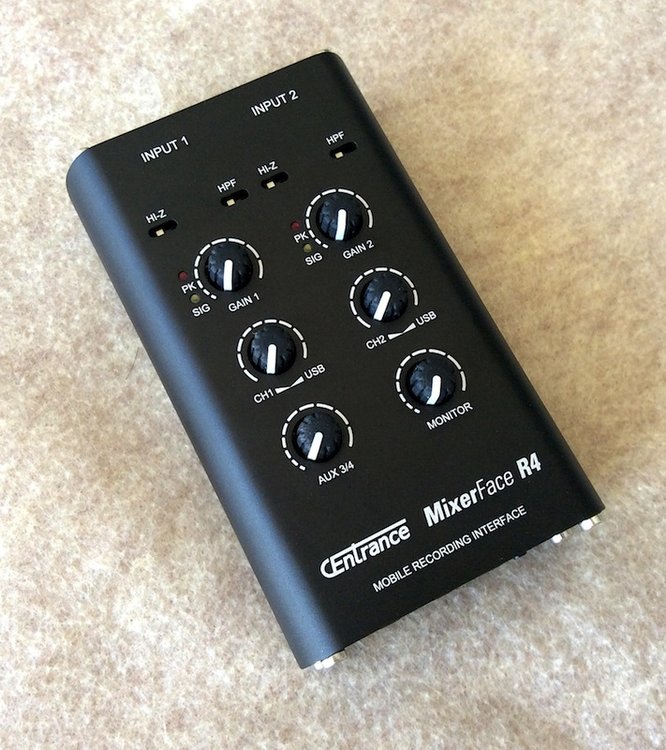 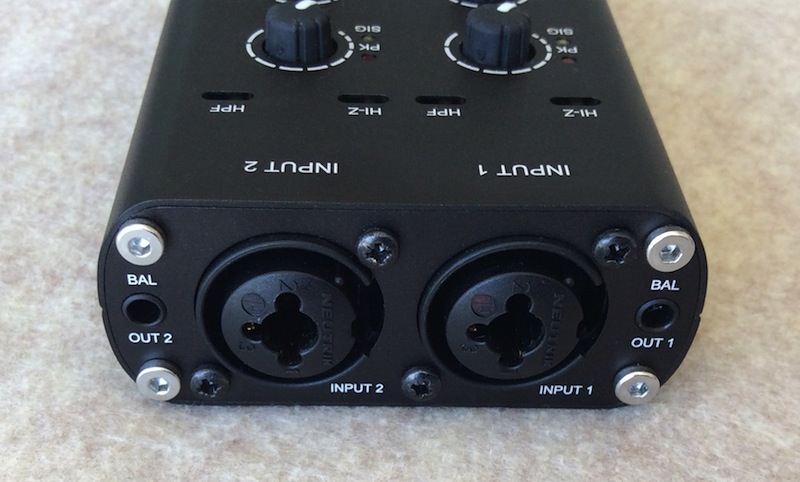 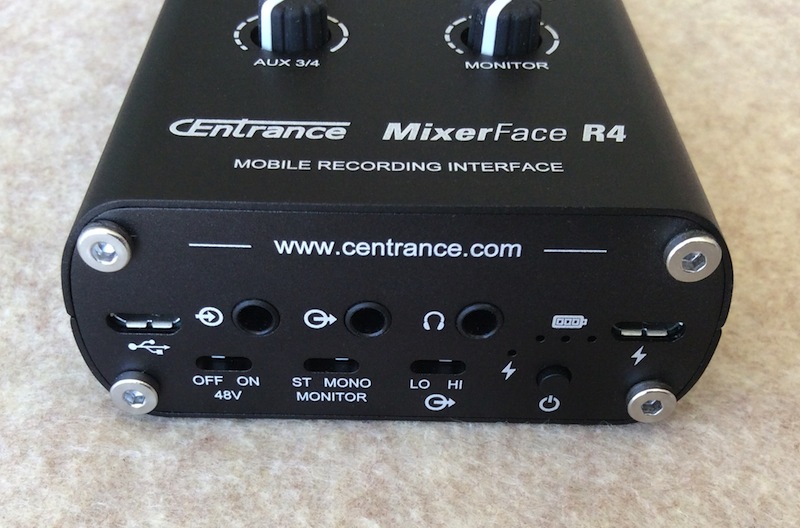 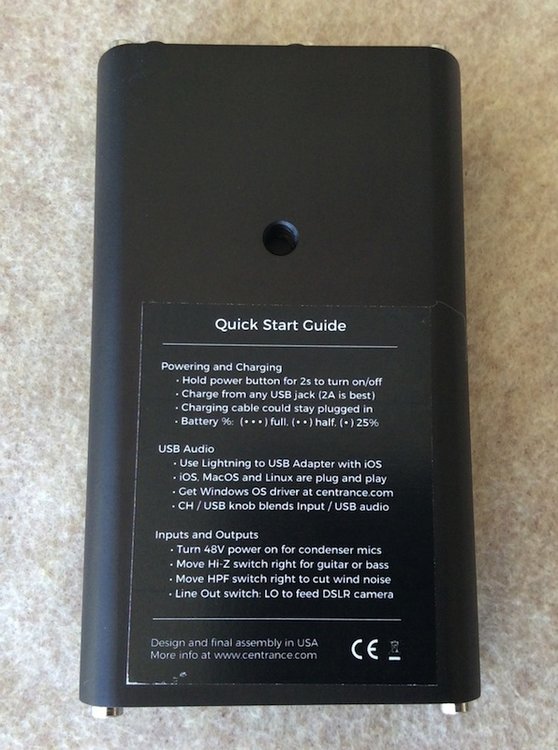 CEntrance really have done a great job of balancing the sometimes contradictory requirements (weight vs durability, size vs features) of a good mobile interface. The MixerFace R4 is both compact and light, yet surprisingly rugged, with a wealth of connectivity that some other ultra-compact mobile interfaces lack. True, some of it is on mini jacks, which means you'll need to use adapter cables to connect to things like your powered studio monitors, but that's really a minor inconvenience and something you can easily, uh, adapt to. Besides, I suspect most buyers won't be purchasing this for use as their primary home / studio interface, but as a highly capable mobile partner for it. The fact that you can use it as your home interface is a sweet bonus that will definitely appeal to some owners.

Best of all, the sound quality of the MixerFace R4 is very impressive for a product of this type, with sweet and clean sounding Jasmine mic preamps and high bit / sample rate capabilities. And you're truly mobile with the CEntrance MixerFace R4 - I was able to record for over seven hours on a single charge of its internal lithium-polymer battery, and you can easily extend the amount of time by bringing a USB power bank along with you, which can also be used to recharge your tablet or smartphone too. And there's no limits on what mics you'll be able to use - unlike some other bus-powered mobile interfaces that hobble you with lower voltage for phantom power, the MixerFace R4 lets you use all your microphones - including the ones that need a full 48V to operate properly.

While I wasn't able to test it with all of the supported platforms, CEntrance says it will work with not only your Mac and PC, but iPads and iPhones, as well as Android devices too, making it compatible with just about anything you're likely to want to record to. I had no problem using it with my Macs and iOS devices, and it was trouble-free throughout the evaluation period. My only complaint was the recessed switches, but many people will set and forget those, and even if you need to adjust them regularly, the tip of a paper clip can easily get the job done.

If you use a DSLR or video camera, smartphone or tablet to do product demo or instructional videos, adding a MixerFace R4 to your setup can help you get much better audio quality than you can from its built-in microphone, leaving it clear to handle the video while the MixerFace R4 feeds it high quality audio. This also gives you the ability to use two input sources, such as putting a mic right in front of an amp or instrument and another on a narrator or singer, while still leaving the camera free to be positioned for the best video angles. These features also make it a great choice for live streaming duties. The self-powered R4 will also be appreciated by samplers and field recordists, ENG journalists, podcasters, concert recordists, songwriters, home recordists and multitrack enthusiasts, and anyone who values mobility and who can't always rely on having a AC outlet nearby. It's a surprisingly sweet-sounding and capable recording interface with uncommon flexibility and mobility, and it deserves to be a big hit with a wide variety of musicians and recording professionals. -HC-

Want to discuss the CEntrance MixerFace R4 or have questions or comments about this review? Then head over to this thread in the Studio Trenches forum right here on Harmony Central and join the discussion!

You can purchase the CEntrance MixerFace R4 Mobile Recording Interface from:

Charging and turning it on